J. Alexander Short, an Associate of Norris McLaughlin, is an immigration law and deportation defense attorney. 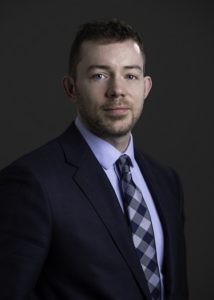 Prior to joining Norris McLaughlin, Alex worked as a litigation and worker’s compensation defense associate. He also served as an Assistant District Attorney in Cumberland County, Pennsylvania, where he handled misdemeanor and felony cases while specializing with the Treatment Court Program.

A graduate of Penn State’s Dickinson School of Law, Alex was a founding member of the Dickinson Law Addiction Legal Resource Team, which provided legal research to those affected by substance use disorder. In that role, Alex published articles involving healthcare law in Pennlive and Harvard Law School’s Bill of Health Blog. Prior to attending law school, Alex served as a Congressional Page in the 109th Congress of the U.S. House of Representatives.