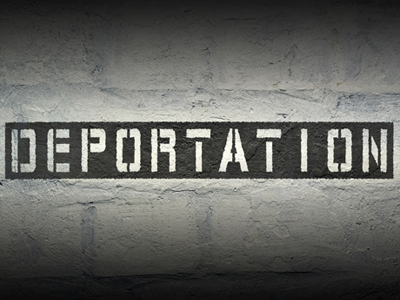 How to Avoid Deportation by Asserting Certain Forms of Relief

What follows is a brief analysis on the types of relief that a Norris McLaughlin Deportation Attorney may assert at a Master Calendar Hearing (the potential deportee’s first hearing before the Immigration Court). A select few potential forms of deportation relief include: (1) waivers of excludability and deportability; (2) cancellation of removal for non-permanent residents; (3) suspension of deportation; and (4) asylum and/or withholding of removal (Convention Against Torture).

This should not be used as a legal guide or as legal advice. Rather, it is informational in purpose, and is meant to exhibit the type of deportation defense work that Norris McLaughlin’s Immigration Law and Deportation Defense Group, based out of Allentown, Pennsylvania, Bridgewater, New Jersey, and New York, New Yok, takes on each day for hundreds of individuals across the United States.

Waivers of Excludability and Deportability

The Immigration and Nationality Act provides for various grounds on which an alien may be subject to removal from the United States. The most prevalent ground is if the alien was inadmissible when he or she entered the United States. There are a great number of grounds of removability found in the law. There are also many waivers to those grounds of removability that are available. The Deportation Defense Team at Norris McLaughlin is on-call all day and all night and is always ready to jump into action and use its seventy-five years of combined legal experience to review the charges of removability and determine the appropriate waiver.

One’s eligibility for a waiver of removability often depends on the alien’s ability to establish hardship to himself or to his close family members if he were to be removed from the United States.

For instance, if a person has committed an innocent or willful fraud or material representation when securing some type of immigration benefit may qualify for a waiver under Section 212(i) of the Immigration and Nationality Act. To have an Immigration Judge grant the waiver, the alien’s Norris McLaughlin Deportation Defense Team must show that the government’s failure to admit the alien into the U.S. would result in “extreme hardship” to the alien’s lawful permanent resident (LPR) or U.S. citizen (USC) spouse or parents.

A person who is inadmissible because he or she has committed certain crimes may qualify for relief under Section 2 12(h) of the Immigration and Nationality Act. In these types of cases, the alien’s Norris McLaughlin Deportation Defense Team must establish that the government’s failure to admit the alien into the United States would result in “extreme hardship” to his or her LPR or USC spouse, parent(s), son(s) or daughter(s).

There do exist waivers that do not require the presence of relatives. For example, former section 212(c) of the Immigration and Nationality Act provides that an alien lawfully admitted for permanent residence who temporarily proceeded abroad voluntarily and not under an order of deportation, and who is returned to a lawful unrelinquished domicile of seven consecutive years, may be admitted to the United States in the discretion of the Attorney General despite the applicability of certain grounds of exclusion specified in Immigration and Nationality Act.

To be eligible for section 212(c) relief if placed in proceedings after April 24, 1996, an alien must have entered a plea agreement prior to April 1, 1997, when section 212(c) was effectively repealed by IIRIRA. An alien also must have maintained lawful, unrelinquished domicile in the United States for a period of seven consecutive years. In addition, an alien who has been convicted of an aggravated felony or felonies is ineligible to seek relief under section 212(c).

Norris McLaughlin’s Deportation Defense Team must also establish that the alien merits a favorable exercise of discretion. Each case must be judged on its own merits and adverse and positive factors are considered by the Immigration Judge.

Cancellation of Removal for Certain Non-Residents

An Immigration Judge or the Board of Immigration Appeals) to cancel the removal of a non­permanent resident from the United States who: (1) has been physically present in the United States for a continuous period of ten years prior to the institution of removal proceedings (this requirement is not applicable to persons who have served a minimum of 24 months in the U.S. Armed Forces, was present in the U.S. during his enlistment or induction, and is either serving honorably or has received an honorable discharge. Also, continuous requires that the alien cannot be out of the United States for more than 90 days at a time, or 180 days in the aggregate, during the ten-year period); (2) has been a person of good moral character for ten years; (3) is not inadmissible under Section 212(a)(2) or (3) (criminal and security grounds) or deportable under Section 237(a)(1)(G) (marriage fraud), Section 237(a)(2) (criminal grounds), Section 237(a)(3) (failure to register and falsification of documents) or Section 237(a)(4) (security and related grounds); and (4) whose removal would result in exceptional and extremely unusual hardship to the applicant’s spouse, parent, or child, who is a United States citizen or lawful permanent resident.

Proving exceptional and extremely unusual hardship is a difficult task, requiring the expertise of Norris McLaughlin’s Deportation Defense Team, who has handled these types of cases for decades. Norris McLaughlin’s Deportation Defense Team will demonstrate that a qualifying relative would suffer hardship that is substantially different from or beyond that which would ordinarily be expected to result from the alien’s deportation.

Cancellation of Removal for Battered Spouses and Children

An alien who is inadmissible or deportable from the United States is eligible for cancellation of removal and adjustment of status to that of a lawful permanent resident if he or she: (1) has been battered or subjected to extreme cruelty by a spouse or parent who is or was a United States citizen or lawful permanent resident, or has a child who was subjected to such abuse; (2) has been physically present in the United States for a period of not less than three years immediately preceding the date of such application; (3) has been a person of good moral character during such period; (4) is not inadmissible under certain parts of the Immigration and Nationality Act, unless a domestic violence waiver is granted, and has not been convicted of an aggravated felony; and (5) establishes that removal would result in extreme hardship to the alien, the alien’s child, or the alien’s parent. If statutory eligibility is established, special rule cancellation may be granted in the exercise of discretion.

Battery or extreme cruelty includes but is not limited to any act or threatened act of violence, including any forceful detention, which results or threatens to result in physical or mental injury. Psychological or sexual abuse or exploitation are also considered acts of violence.

The Deportation Defense Team at Norris McLaughlin will present evidence of abuse in cases of this sort. The evidence includes reports and affidavits from police, judges and other court officials, medical personnel, school officials, clergy, social workers, and other social service agency personnel as well as other forms of credible relevant evidence.

Asylum is a legal protection that an alien can assert, if the alien fears persecution if the alien is returned to his or her native country. Asylum is based on many international treaties and the United States of America recognizes and grants asylum through an immigration judge after a hearing. If the judge does not find that an asylum seeker is in danger of persecution, the asylum seeker will be deported (removed) and sent back to his native country. Of course, the Immigration Judge’s decision could be appealed to the Board of Immigration Appeals.

An alien must have well-founded fear of persecution if the alien is deported to his or her home country. To successfully assert asylum relief, the fear the alien faces must be based on at least one of the following five grounds: (1) Religious Belief(s); (2) Political Opinion(s); (3) Race; (4) Membership in a Particular Social Group (homosexuals, people with certain diseases that cannot be treated in the alien’s home country, etc.); and Nationality.

Permanent residency can be applied for if an alien is granted asylum. That application is made one year after the grant of asylum.

The Deportation Defense Attorneys at Norris McLaughlin have handled hundreds of asylum claims based on everything from HIV/AIDS, homosexuality to gender issues with respect to countries across the globe.