To Reverify or Not: Form I-9 and Lawful Permanent Residents 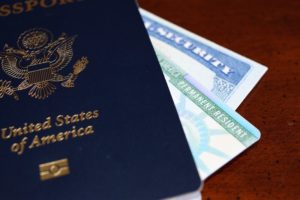 On Friday, May 15, the U.S. Department of Homeland Security (DHS) issued a notice clarifying to employers that they cannot reverify Lawful Permanent Residents (LPRs) who presented evidence of permanent residence status that was unexpired at the time of the employee’s initial Form I-9, Employment Eligibility Verification, regardless of later expiration. While employers were never required to reverify LPRs, there has long lacked specific instruction on this, leading many involved in human resources across Pennsylvania and New Jersey to conduct reverifications of LPRs in violation of federal law.

Form I-9, Employment Eligibility Verification (“Form I-9”), is used to:

Federal law requires employers to “allow employees to choose which document(s) they will present from the Lists of Acceptable Documents” that is included with Form I-9. As the DHS M-274, Handbook for Employers, notes, in “Section 1, an LPR may choose to present a List A document (such as Form I-551, Permanent Resident Card, commonly referred to as a Green Card) or a List B and C document combination (such as a state-issued driver’s license and unrestricted Social Security card).”

LPRs are issued a Form I-551, Permanent Resident Card (LPR Card) as evidence of permanent resident status. If an individual is an LPR and presents a valid LPR Card when completing Form I-9, the LPR Card is deemed a sufficient “List A” document, thereby rendering successful the employer’s verification of the individual’s identity and ability to work in the United States. An employee need not present any further evidence. Acceptable LPR Cards include:

To Reverify or Not to Reverify?

The DHS notice informs that employers who successfully complete the Form I-9 verification process with an LPR Card that either did not have an expiration date or was a 10- or 2-year LPR Card that was unexpired at the time of verification must not seek to reverify the employee in the future even if the LPR Card later expires.

However, when an individual that is an LPR presents the following to an employer during the Form I-9 verification process, it is necessary to reverify:

To learn more about this blog post or if you have any other immigration concerns, please feel free to contact me at rglahoud@norris-law.com or (484) 544-0022.